Restoration of the Monarchy Pavilion: 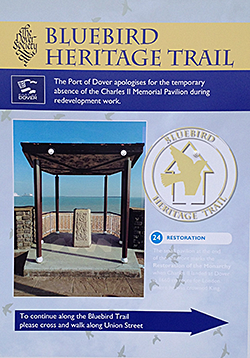 The small pavilion at the end of the sea front marks the Restoration of the Monarchy when Charles II landed at Dover in 1660 en route for London where he was crowned King.

Here, on Dover’s sea front, you see a monument that recalls a very important occasion in the history of this country.This canopied monument recalls the arrival at Dover, from exile, of Charles II on the Restoration of the Monarchy in May 1660 after the fall of the Commonwealth. Charles stepped ashore on Dover beach to be welcomed by national and local leaders. Charles, whose father had his head chopped off, was back in Dover in 1670 to make a secret deal with Louis XIV of France designed to re-establish Catholicism in England. The Secret Treaty of Dover was never implemented but Charles, not one to miss a trick, met a young French girl at the ceremony who became his life-long mistress. 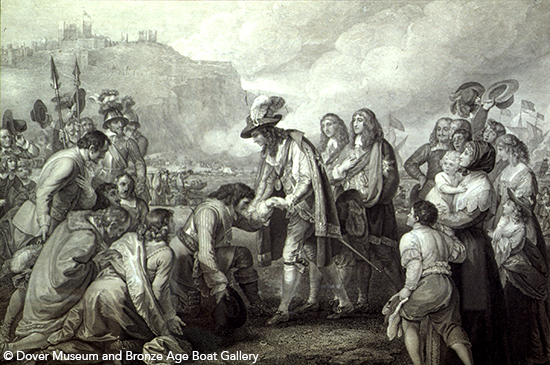