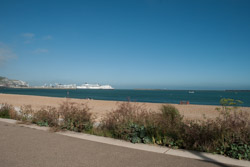 The construction of a National Harbour of Refuge was first discussed in the early 19th century.  For hundreds of years the shingle which blocked successive harbours was a problem. It was not really solved until the Admiralty Pier, begun in 1847 and completed in 1871, was built into deep water.  In 1897 work commenced on the Eastern Arm, the Southern Breakwater and the extension to the Admiralty Pier, which was finished in 1909. 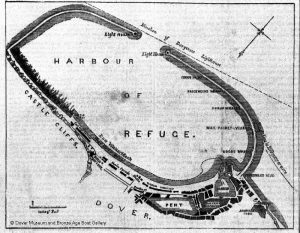 This huge outer harbour was intended solely for naval purposes.  The Dover Patrol was based here in World War I, but it was never used for the whole fleet.  The Admiralty handed over the harbour to the Harbour Board in 1922 for commercial use and since the Second World War the port has developed enormously.   In 2013 12.75 million passengers, 2.5 million tourist vehicles, 90,000 coaches and 2.2 million freight lorries passed through the docks.

The huge harbour you see from the 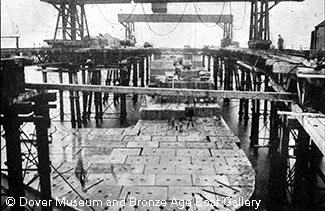 seafront with acres of sea enclosed by long arms, is the latest in a succession of shipping havens provided at Dover from Roman times. But, of course, the harbour we have today is by far the largest. It was conceived as a safe haven for the Royal Navy at a time when France was the nation’s main enemy, before the threat of growing German naval power became evident. 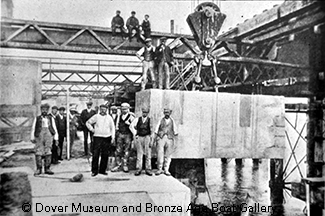 Dover harbour was well used during the First World War when it became the home port of The Dover Patrol but was considered too close to enemy occupied France to be fully used by the Royal Navy in the Second World War.

In between the wars, in 1922, the Admiralty owners of the harbour handed it over to Dover Harbour Board for commercial use.

Being the nearest port to the continent (just 21 miles away) Dover quickly became the nation’s busiest international gateway. Now, every year more than 13 million passengers, 2.5 million cars and roughly the same number of freight vehicles are ferried to and from Dover. It is also the second busiest cruise liner port (after Southampton) and the third busiest dock for the import of fruit and vegetables, especially bananas. 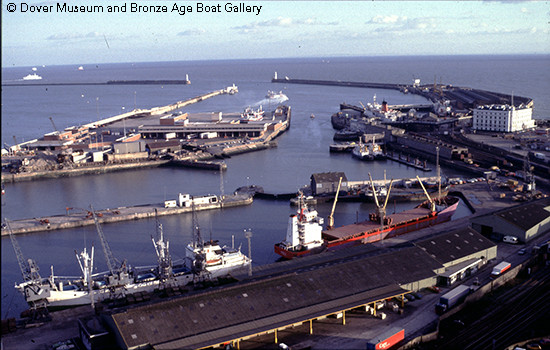