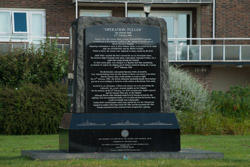 The Operation Fuller monument commemorates what is commonly known as the Channel Dash of World War II. In February 1942 the German battleships Gneisenau and Scharnhorst plus the cruiser Prinz Eugen were ordered to sail from Brest through the Dover Strait to the Baltic escorted by many warships and aircraft.  Thick fog meant that they were spotted late. Cross Channel guns were unsighted and Motor Torpedo Boats could not get near enough.  Fleet Air Arm and RAF aircraft attacked but failed to stop the German fleet. 42 British and 18 German planes were lost in the battle. 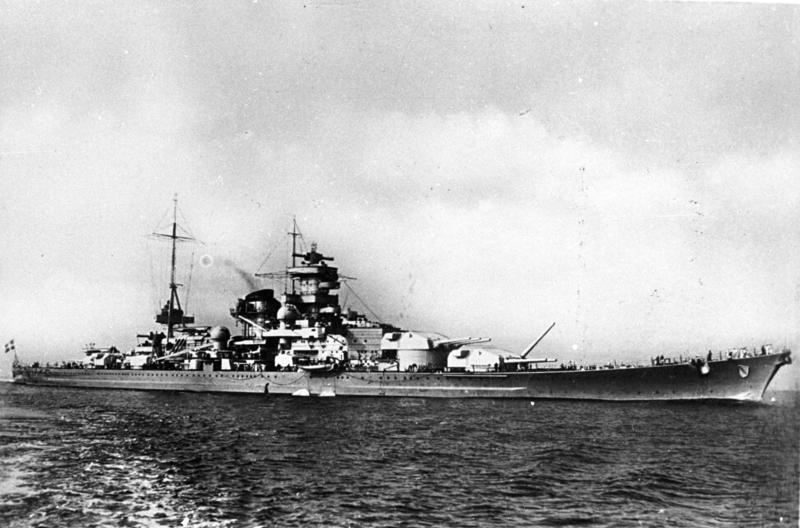 This black monument commemorates the bravery of the Fleet Air Arm pilots, and others, who died in the 1942 Channel Dash sea battle off Dover when a German fleet of huge warships fought its way through the Strait heading for home ports. A squadron of six slow-flying canvas-covered Swordfish torpedo-carrying aircraft took off from Manston to try to stop the enemy battleships. The pilots realised it was a virtual suicide mission. All six Swordfish were shot out of the sky and only five of the eighteen flyers survived. Dover and Ramsgate-based motor torpedo boats joined in the attack against the three powerful German warships, protected by 50 destroyers and other craft. Despite the bravery the German fleet made it home. Questions were asked after the battle and it was revealed there was no early warning that the enemy fleet was on the move from Brest. One Spitfire pilot had seen the fleet earlier on, but kept radio silence as he had been ordered to do. He reported seeing the fleet in the Channel when he returned to base, too late for the necessary action.

For more information visit the website of the Channel Dash Association