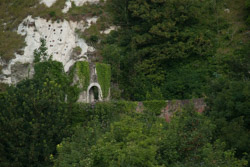 Henry VIII’s Mote’s Bulwark, near the base of Castle Cliff, was built in about 1540 to protect the castle and harbour and was added to in later centuries. Two others were constructed at the same time.

They are ruins of a fortified terrace, conceived by Henry VIII, who (reigned 1509-1547), to provide a strong platform for the artillery defence of Dover Castle. Guns on this platform, known as Mote’s Bulwark, would be capable of firing at enemy ships in Dover bay. The remains are in the care of English Heritage who have plans to make them accessible to the public. 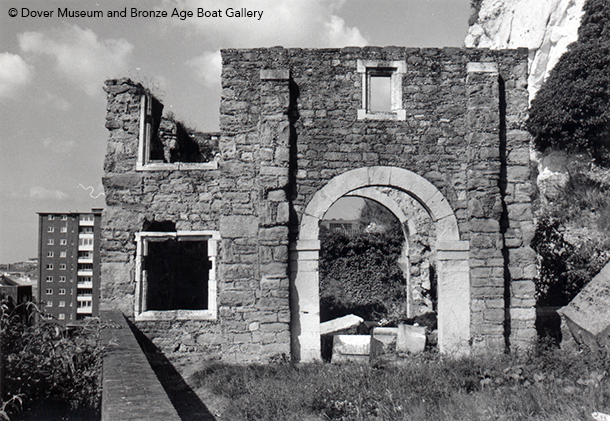 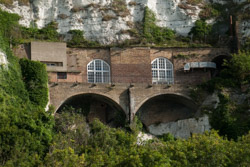 Above, cut into the cliff face, are the Napoleonic era casemates where the 1940 Dunkirk evacuation of British and French troops was planned and implemented.