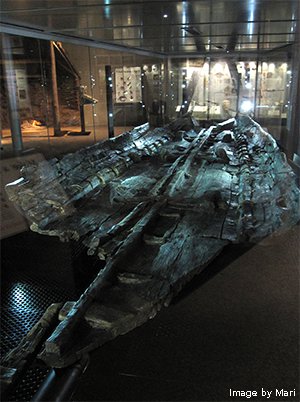 At the end of Bench Street, a continuation of King Street, at the entrance to the A20 underpass, is a plaque commemorating the spot where the world’s oldest seagoing boat was found in1992 some 20 feet below street level, superbly crafted in oak with yew withies to tie the planks and caulked with sphagnum and other mosses. Eight metres were successfully removed and this wonderful find is now on display in Dover Museum in a purpose-built gallery. 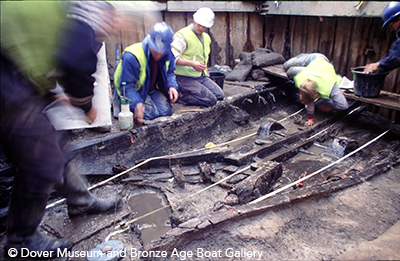 Highway builders in September 1992 were providing the foundations for a dual carriageway A20 in Townwall Street to the docks when a Dover archaeologist saw something. It proved to be about ten metres of what remained of a wooden boat that sailed in the English Channel around 1,500 BC. It is believed the boat was engaged in cross-channel trips carrying cargo between France and England. 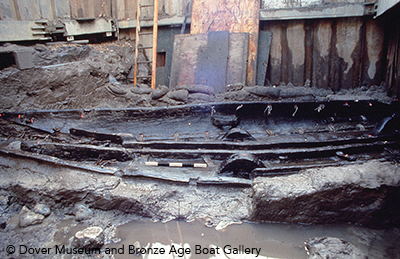