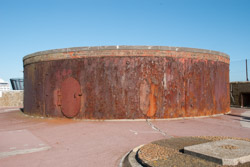 Admiralty Pier Gun Turret, again not open to view, was a coastal artillery battery completed in the 1880s but never fired in anger. When built it was at the seaward end of the pier prior to a later pier extension. The hidden gems here are its original armaments: two Armstrong 16 inch Rifled Muzzle Loading guns each weighing 81 tons within a circular cast-iron turret. The guns, about 8 metres in length could fire a 1700 pound (771kg) shell nearly seven miles. They were the second largest Armstrong guns ever made and the only steam powered guns ever possessed by the coastal artillery in Britain. 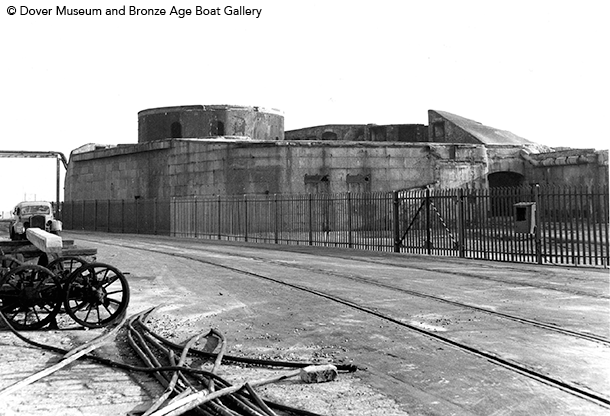 This armoured blockhouse was constructed in 1882 to provide huge guns to protect the harbour and the coast. Apparently there was a proposal that the guns should be capable of blowing up the English end of the Channel Tunnel. That was in the days when plans for the undersea tunnel were for the exit to be near Shakespeare Beach. The guns and turret were declared obsolete just after the turn of the 20th century.