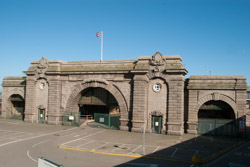 At the landward end of Admiralty Pier is Cruise Terminal 1, formerly Dover Marine Station. Apart from special occasions, it is not open for the public to view.
It was completed in 1914 and used extensively during World War I to move troops and the wounded. It closed in 1994 as a consequence of the opening of the Channel Tunnel. Inside is an impressive memorial to the railwaymen who gave their lives during World War I. 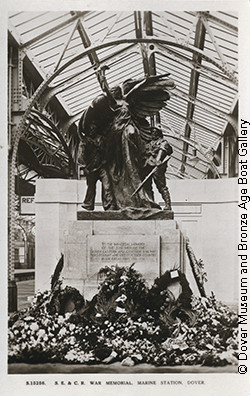 Dover Marine Station was under construction for the South Eastern & Chatham Railway on 12 acres of reclaimed land immediately before the 1914-18 war. Work was not fully completed when the war broke out, but it was opened for military use in February 1915.

There have been many joyful reunions and plenty of sad departures from the huge enclosed Dover Marine Station (now Cruise Terminal 1) over the last hundred years. But the happy reception given on November 17 in 1918 to the 800 returning repatriated prisoners of war, released from German captivity with the signing of the armistice, must have topped the lot. They were the first of more than 55,000 war prisoners to return home through the station by February 1919. 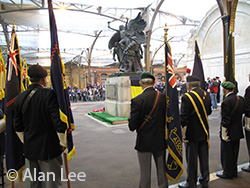 The Prince of Wales arrived from London to greet the men on their safe return from captivity as they mustered on the 700foot long 60 foot wide platforms under the 800 foot long steel and glass cathedral style roof structure. Some of the returning prisoners would have known Dover Marine Station from the time they passed through on their way to the Western Front.

The 1920s and 1930s saw the glory days for Dover Marine Station which had replaced the very uncomfortable pier railway station that was open to all weather conditions including storm-driven seas.

By May 1929 Southern Railway had launched its posh Golden Arrow service between London and Paris. From then on, until Hitler disturbed the peace of the world in 1939, the Golden Arrow service was how anybody who was anybody crossed the Dover Strait to and from France.The station, over the years pre-war and post-war, was the scene of arrival or departure of scores of royalty, diplomats, millionaires, film stars, actors as well as a few crooks. 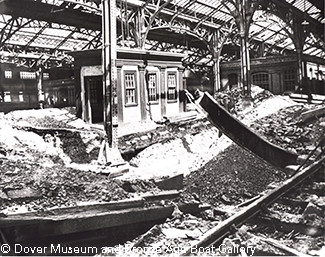 Marine Station was beginning to show its age when, in the late 1940s and 1950s, it was host to displaced persons trying to get back to their continental homes.

On September 29, 1994 Dover Marine Station (by then renamed Dover Western Docks) was closed to passengers and a couple of months later British Rail (Southern Region) closed the station completely. Today the massive listed building is being carefully, and expensively, cared for by owners Dover Harbour Board who converted it into a cruise terminal.