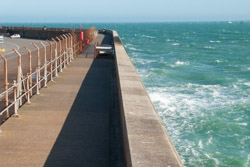 Admiralty Pier was begun in 1847 as one arm of a proposed naval harbour, which eventually enclosed Dover Bay.

The Admiralty Pier is no longer open to the public but you can get a good view of it from the Marina Curve. At the extreme western end of Dover harbour, it stretches seawards 2,900 feet. Work on building the pier, commissioned by the Admiralty, began in 1847 and in phases continued until 1893. Whilst the original intention was to provide a safe anchorage for the Royal Navy, a great bonus was that it solved the centuries-old problem of shingle drifting from the west and blocking the entrance to the medieval harbour. 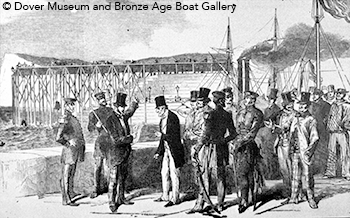 The new pier enabled ferries to load and discharge passengers at all states of the tide. With the arrival of the railway to Dover, the railway company extended the line on to the pier for cross Channel passengers. As this meant suffering terrible weather conditions at times, it was decided to build a large quayside rail terminus. To do this it was necessary to widen the pier and thousands of tons of chalk, from the cliffs, was used for infill on which Dover Marine Station was built and brought into use in 1914. 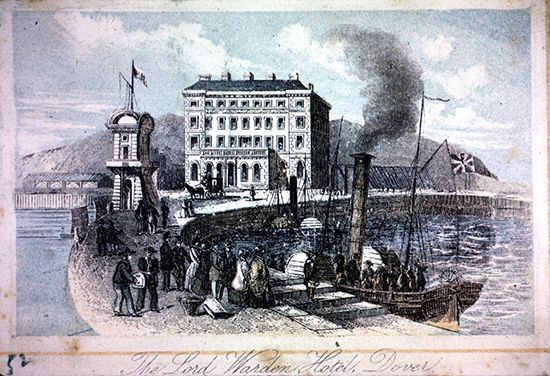